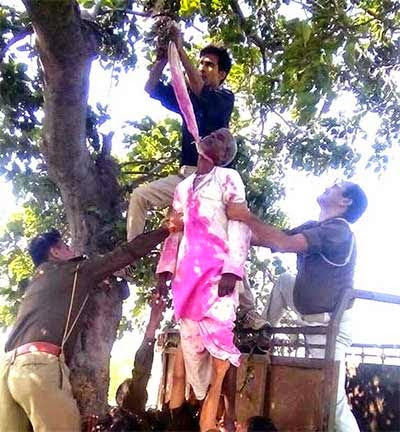 While the number of farmers who have committed suicide in Uttar Pradesh as a result of crop loss following unseasonal rains and hailstorms is yet to be officially declared, Chief Minister Akhilesh Yadav has directed District Magistrates to visit the villages for information on the ‘exact’ reasons for the deaths and submit reports to the government at the earliest.

Mr. Yadav’s directives were issued on Friday in the wake of reports of farmers’ suicides.

According to official sources, 31 districts of the State, including Mahoba, Chitrakoot, Jalaun, Hamirpur, Kanpur Dehat, Rae Bareli, Banda, Auraiya, Firozabad, Agra and Farrukhabad, have been hit by the unseasonal rains with Rs. 200 crore announced by the Chief Minister for relief and rehabilitation measures.

A total loss of about Rs. 742 crore has been assessed.

The State has also urged the Centre to send a team to assess the loss in the affected districts.