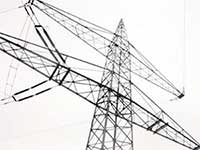 The company had signed a memorandum of understanding with the state government for setting up a 1,980 mw super critical thermal power plant.

"The other two units are in an advanced stage of completion and are scheduled for commissioning soon," the company said in a statement on June 9.

The project, funded by a consortium of 21 banks led by State Bank of IndiaBSE 1.03 %, has evacuation arrangements in place and will start supply to consumers immediately, the statement said.

The project comes at a time when the state government is aggressively aiming to step up power availability to over 20,000 mw from the current 10,000 mw by 2016-17, the company said. This will reduce the state's dependence on energy exchange, it said.