Mathuralal Patel is not sure why someone in New Delhi or Mumbai would prefer vegetables from his farm to his neighbour's, but he knows that the way he grows 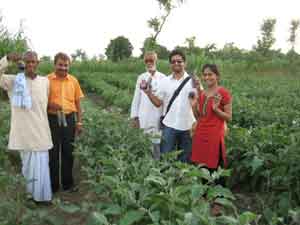 crops is good for his soil.

Using organic fertilisers, he says, helps increase the fertility of his soil, while using too many chemical fertilisers degrades the land's soil quality. 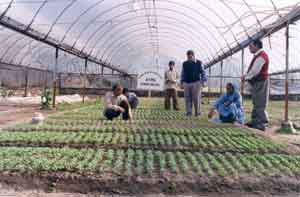 For Patel, a farmer in the Bundelkhand region of Central India, organic farming increases his resilience to respond to the risk of climate variability. Over 70 per cent of the population in this region relies on predominantly rain fed agriculture for their subsistence.

While the threat of drought has always loomed over this semi-arid region, farmers and scientific experts worry that climate change may make drought conditions even more common in the future thereby increasing food insecurity and migration rates.

From field trials conducted in arid, semi-arid, sub-humid and humid regions of India, Navdanya, a research organisation found that organic farming techniques can improve soil carbon levels by five per cent to 25 per cent and increase the water holding capacity of soils between two per cent to 17 per cent.