Different periods of history, depicted a particular style of art and colour used to decorate objects of everyday use. The floors and walls were decorated with arts forms portraying religious rituals. Folk paintings of Madhya Pradesh, specially the wall paintings of Bundelkhand, Gondwana, Nimar and Malwa are living expressions of people, intrinsically linked with the socio-cultural ambiance of the area. They are not mere decorations but also spontaneous outpourings of religious devotions. The paintings, based on local festivals like Karwa Chauth, Deepawali, Ahoi Ashtami, Nag Panchmi, Sanjhi etc. are usually done by women using simple homemade colours. In Bundelkhand, painting is usually done by a caste of professional painters called Chiteras. In the paintings, mud plaster base is used, over which linear patterns are etched with fingers: the process is called 'Lipai'. The women of the Rajwar community are specialists in 'Lipai', whereas Pando & Satnami communities make linear designs similar to a woven fabric. The Bhils and Bhilala tribes of Madhya Pradesh paint myths related to creation called Pithora paintings. Horses, elephants, tigers, birds, gods, men and objects of daily life are painted in bright multicoloured hues. In the Gondwana region, unmatched creativity has been shown by the Gond and the Pardhan tribes who have created international interest in exhibitions held in Japan, France, Australia and other countries. The Malwa, Nimar and Tanwarghar regions of Madhya Pradesh are known for their Mandana wall and floor paintings. Red clay and cow dung mixture is used as base material to plaster the surface against which white drawings stand out in contrast. Peacocks, cats, lions, goojari, bawari, swastik and chowk are some motifs of this style. 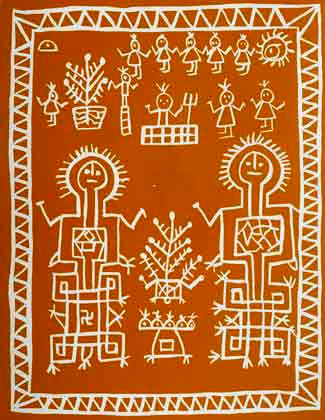 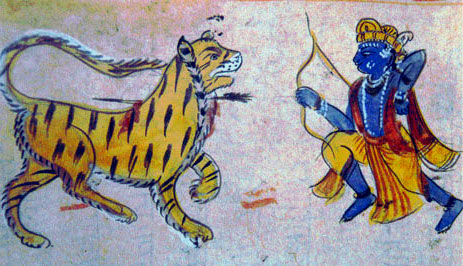 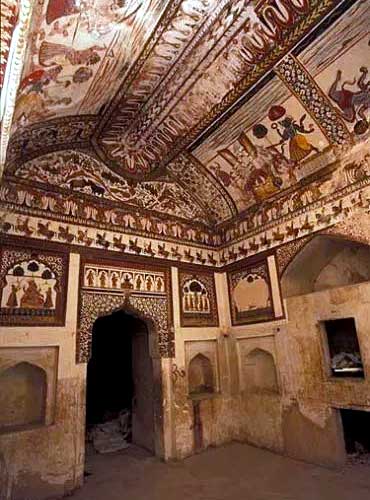 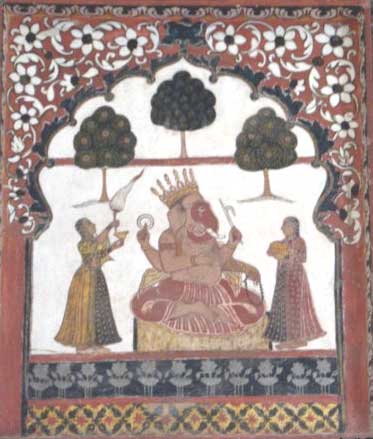 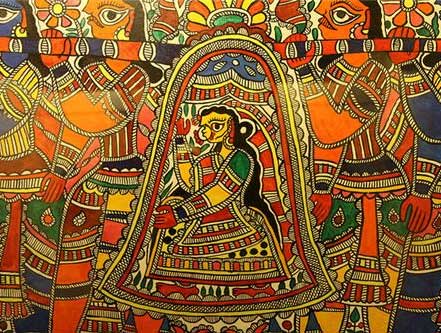